Electrified fences have been used for decades to keep animals from escaping and to protect livestock from predators. In this article, you will learn how to electrify a fence with the steps necessary for the installation and use of an electric fence.

What is an electric fence?

An electric fence is a barrier that uses electricity to keep animals from passing through. In order for an animal to pass through, it must be able to withstand the shock of touching an electrified wire or post. It’s important to note that most animals will not attempt this as they have been taught by their mothers and other members of their herd/group how dangerous it is. 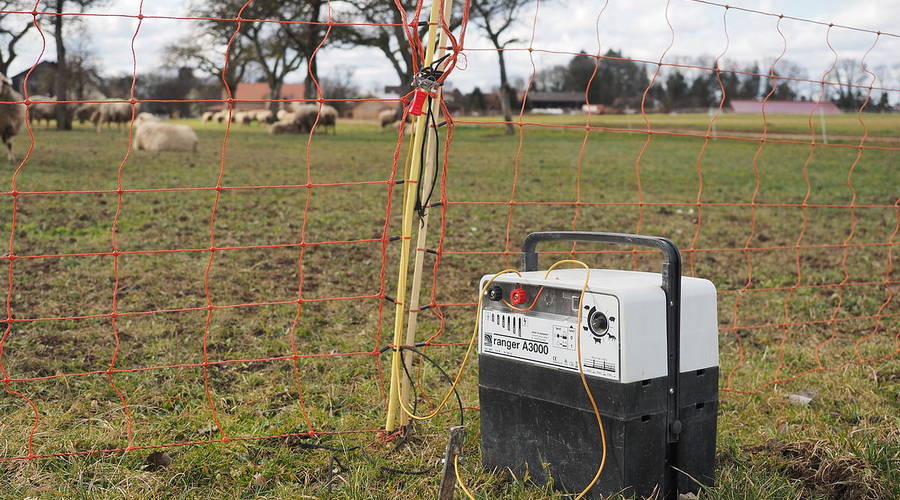 Electric fences are very versatile because you can use them anywhere: on your farm, ranch, garden, etc., but it’s also crucial for small-scale farmers who want to move livestock around using portable fencing grids instead of permanent structures made with traditional materials such as barbed wire or wood posts. The thing about electric fencing tools is that there are many different kinds, but all of them are used for the same purposes.

How do Electric Fences Work?

To better understand how electric fencing works, you need to know the basics of electricity. Electric fences are powered by AC, batteries, or solar panels and use wires made of steel (steel core) or aluminum/polymer composites that carry an electrical current between posts, which transfer voltage into a shock on contact.

The most important thing with any electrified fence is making sure it’s grounded correctly so that no one gets hurt!

If your livestock doesn’t respect the property line then they will have to be re-trained using another method until they do.

Electric Fences work because most animals don’t want anything to do with them once they’ve experienced what it feels like when they touch them – therefore creating a sort of invisible wall.

Parts of an Electric Fence

High impedance is recommended for large livestock because they require a higher energy output in order to deter them from passing through the barrier. Low impedance works best with small animals like chickens or goats but can work well for larger ones as well if you choose an appropriate charger model – just make sure it’s designed for multiple animal species!

Charger models range drastically depending on how much voltage they produce (measured in joules), so be sure to research what will suit you before making any purchases! The most popular chargers are solar-powered electric fences that automatically recharge when they get low on power.

Electric Fence wire is the actual “barrier” of your fence, and it can either be made out of steel (steel core) or plastic/aluminum composites with a thin wire running through them.

These wires contain two conductive parts – the inside part carries the current while the outside one acts as an earth ground to complete the circuit in case anything gets shocked so animals feel pain but people do not.

One of the main benefits of using an electrified fence is that it’s a versatile and affordable barrier.

Although electric fences are very safe & efficient once they’re set up correctly, there are some cons worth mentioning before making your decision about how best to protect your farm/land/garden from wild animals. These include:

There are a lot of different types of wires that can be used for electric fences, but some guidelines should be followed to ensure the best possible results from your fence.

Polywire – is made up of many strands which makes it perfect for training young animals as they will feel more pain in contact with this type than other models without being able to break through or escape its barrier if their attention is caught by something else in their surroundings.

Monofilament wire – has only one strand so you need to make sure there’s enough distance between posts and also keep an eye on vegetation growth all around the perimeter because plants may grow into the single filament over time (which could result in ground faults).

Electric fencing is actually the most humane option available to keep animals contained on your property because it uses electricity which causes pain but not injury. 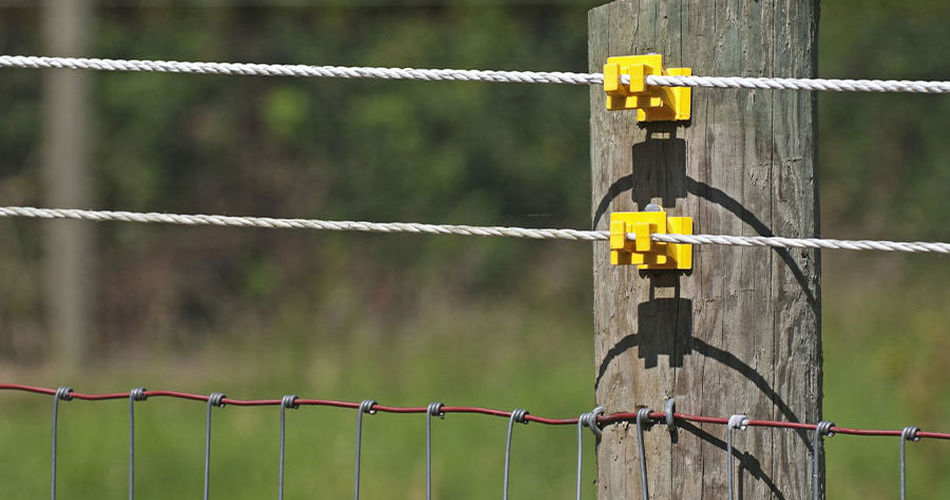 This makes electric fences great for livestock containment as well – even if they attempt to rub against or push through an electrified fence model, there’s no risk of getting cut by sharp barbs and risking infections from wounds that could occur with other types of barriers. This also applies to predators such as coyotes who can jump over smaller models so you may need a taller one depending on the situation (like during hunting season).

Tools Needed to Electrify a Fence

There are some tools that can be helpful when setting up an electric fence, but most models require only a few basic items to get started.

You don’t necessarily need any special tools beyond what was mentioned above, but having a few electric fences crimping pliers may come in handy depending on the size/type of fencing model you plan to use. They allow you to attach wires together quickly without getting your hands dirty by squeezing metal parts that are exposed during property inspections – just make sure they’re compatible with whatever sort of wire barrier materials you purchase before deciding whether or not something like this will be useful for your situation.

Steps Involved in Electrifying a Fence

First, you’ll need to take measurements of the fenced area and determine how long each strand should be so it reaches from one side of the property to another – this will require a bit more math than most other fencing options because there’s no way for your animals or plants to escape if even just one wire is broken. To avoid any potential issues caused by gaps between strands that could allow them to run out into danger, use these recommended distances:

To determine how long each strand should be, divide the total measurement for your property by three – this will give an estimate of about how many single strands you’ll need plus one extra so there are no gaps between them in areas where people/livestock may accidentally go near it. If you have something like treble rows instead with three wires per plant row then calculate dividing measurements by five instead because these models require more space than most others.

Tie the Wire to the Posts Using the Insulator

Next, you can attach the wire to wooden posts using your insulators and metal staples or plugs if necessary – otherwise, run one strand through each of these areas on T-posts.

If attaching more than one strand together in any area is not possible for whatever reason then use a fence line splice connector which allows for this without having to make another hole into wood/metal materials by screwing it onto either side with screws included with most models. 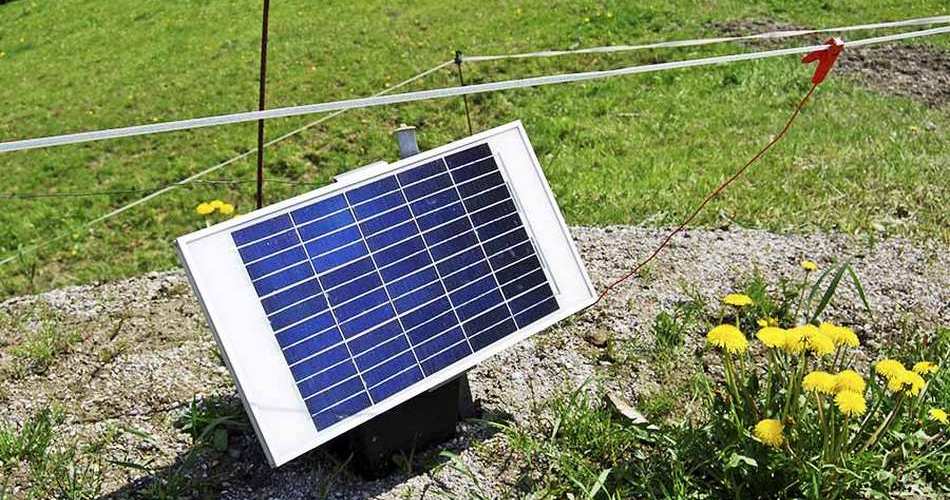 You’ll want to leave some loose especially around where ground rods are located because they need room to be able to connect correctly underneath soil (unless there’s already something like large rocks beneath surface) but also attach ends tightly enough that strands don’t easily come out from wind or animals bump against them.

Connect to the Energizer

Next, connect wires running from your insulators to the energizer – you’ll want to use ones that are compatible with whatever type of fence barrier materials you decide on. If they’re too thin then there’s a risk of them not being able to carry enough current throughout which would cause property lines/deterrents for animals and plants not strong enough but if they’re too thick it may take longer than necessary for electric shock so it could also be ineffective or even dangerous in some cases (such as when livestock graze alongside fences).

Use clamps included with most chargers together with crimping pliers if appropriate because this can help hold ends tightly while making sure connections remain stable over time without becoming damaged or loose.

Finally, you’ll need to ground your fence with a grounding rod or wire that connects it to the earth’s surface – this helps ensure that if any part of the line breaks then enough current will still flow along with soil so there is no risk. In some cases where property lines are near large rocks, for example, using separate rods which connect directly into them can be more effective than trying to run an extra length of cable from one side all the way around and past obstacles because these tend not to have as strong resistance compared to surrounding dirt/soil on average (meaning even less chance that animals could pass through without first feeling effects).

Be sure though not to leave too much slack throughout especially when connecting either end energizer because loose ends increase chances of animals or people getting in contact with them.

Training Animals to an Electric Fence

If you’re looking to train animals that are not already familiar with electric fences then it’s best to start by putting up only one strand at first – this is because more than an arm-length distance will be too uncomfortable for them so they’ll learn faster. If training larger livestock like horses or cows using a higher voltage of upward of five thousand volts can also be helpful but always use the lowest amount possible while still being effective against your target animals and those around even if these have been trained before as well. Once used initially trains should never run through the same fence again however because there could be enough residual electricity left behind from initial shock which could cause problems later on instead.